History of the Chamber

The actual charter of the Montgomery County Chamber of Commerce can trace its roots to the 1912 charter of the original Norristown Chamber of Commerce, later becoming the Montgomery County Board of Trade. Over the course of the 20th century, these Chambers evolved into the Ambler, Conshohocken, Central Montco, King of Prussia, Valley Forge, and Wisshahickon Valley Chambers of Commerce. We proudly welcome over 400 companies and 1,500 stakeholders in southeastern Pennsylvania.

The King of Prussia Inn

The King of Prussia Inn

On Sunday, August 20, 2000, after years of planning and an entire year of shoring up and bracing the structure, the King of Prussia Inn was moved to land donated by PECO Energy Company. It was one of the most successful engineering efforts in Pennsylvania’s history, winning the 2004 National Legacy Award for successful relocation and restoration. Today, it serves at the Montgomery County Chamber of Commerce’s headquarters.

The Move of the Inn

The Inn’s future was in jeopardy in the early 1950’s when the PA Highway Department planned to widen US 202 in preparation of the convergence of the PA Turnpike & Schuylkill Expressway. That meant an increase in automobile traffic and the need for highway improvements.

Widespread protests broke out as concerned citizens feared the King of Prussia Inn would be torn down. In 1952, the PA Highway Department offered $139,000 to purchase the Inn. Finally, a decision was made to spare it and route US 202 at the Gulph Rd intersection around the historic property, making safe access impossible. On June 28, 1952, the Inn closed as the owner was unable to sustain the business. At the time of its closing, the Inn had been in constant operation for 200 years. 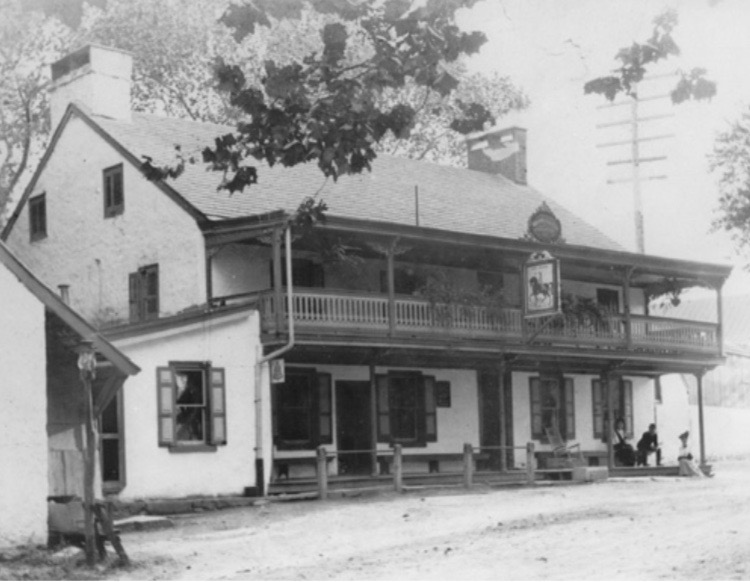 In 1953 the “Committee to Save the King of Prussia Inn” was formed by loyal customers who rallied in support to save the Inn. After their success in saving the Inn, in 1956 this committee became the King of Prussia Historical Society and they broadened their scope to include other important buildings in Upper Merion, such as Old Roberts School.

To prepare for the 1976 Bicentennial, the exterior of the Inn received a makeover with the help of the King of Prussia Historical Society and During the remaining 1950s and 1960s, the King of Prussia Inn remained vacant and isolated between the lanes of US 202. Weather and vandalism took its toll both inside and out.

Then, in 1997, PennDot planned another highway expansion project and the King of Prussia Inn was literally at a crossroads and in the way again. Since the Inn was added to the National Register in 1960, it was now protected and had to be relocated.

With the challenge to relocate the King of Prussia Inn, a dedicated group of local supporters mobilized to formulate a plan to move the 550-ton structure. Between 1997 and 2000, the Arthur Powell foundation, the Kravco Co., and PennDOT raised $1.63 million to move the Inn. An additional $400,000 was raised throughout the community for restoration after the move.

Finally, in front of a huge crowd, at 6:00 am on Sunday, August 20th in 2000, the Inn began its 2,400 foot move around the corner at a speed of about 200 feet an hour to start a new life on Bill Smith Blvd with dreams of becoming a combination museum and community meeting place.

Today, the King of Prussia Inn, fully restored inside, is the headquarters for The Montgomery County Chamber of Commerce. The Inn also has other local businesses as tenants, whose operations are headquartered in the Inn. 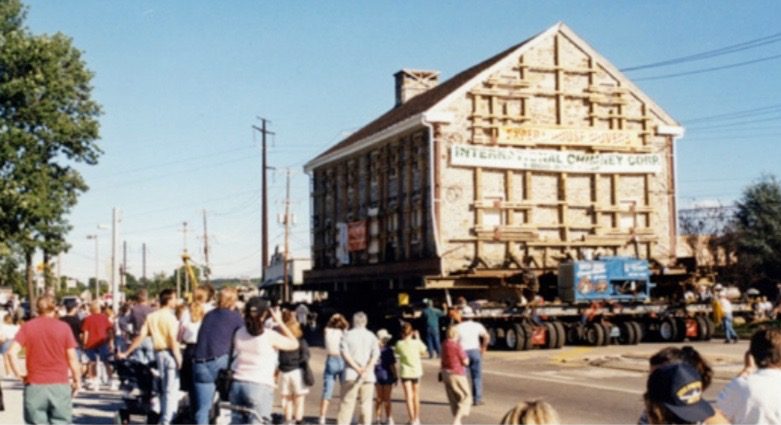